I thought I would share my site survey kit with you.

My survey Kit is made up of the following:

Originally I was utilising a Small UPS and a power cube to power the APs but unfortunately or fortunately depending how you look at it the UPS died, so I needed to find a new power source.
Rather than going out and just purchasing a replacement UPS I decided to look at other options that were out there. I did some research on the web and spoke to fellow Wireless Engineers about their kits and came up with the following options:

I weighed up each option and I decided to proceed with Scott’s idea for my personal Survey Kit and then I my convincedthe current company that I was working for to purchase a Terrawave Site Survey Battery Pack for their kit,due to the fact that they didn’t like the idea of having to wire up the  DC to DC POE injector. 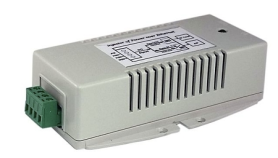 Power Source Setup and connected to a Cisco AP: 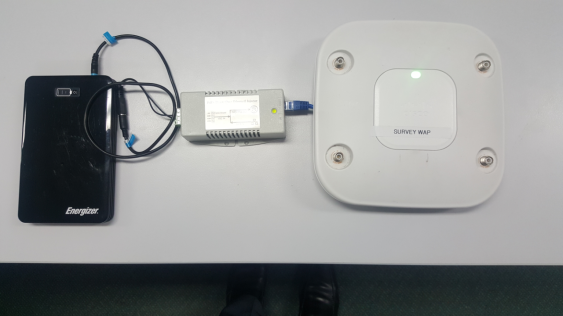 AP STAND (With AP Attached): As I didnt have access to the crossbar to mount the AP off (as someone had used it and not returned it), in a pinch I utilised a paint roller and a few clips. I am currently looking to order the WiFiStand from wifistand.com  but waiting for a trip to the US before I purchase it as the shipping to Australia is currenly worth more than the part is.

I utilise a Microsoft Surface Pro 4 (Intel i7, 16GB RAM, 256GB HDD) to conduct my onsite surveys utilising Ekahau Site Survey software. I find the Surface is light enough to carry around, and has a reasonable battery life (although I would like it to last a full 8 hours). It is also touch screen with a pen making marking the paths taken easy.

I also have the Ekahau Spectrum Dongle, issue now is I only have a single USB port, so I run a hub powered USB hub to connect multiple USB devices to the Surface.

One of the main reasons I like Ekahau vs using Airmagnet’s Survey software is the ability to conduct a passive and active survey at the same time, and also conduct multiple Spectrum surveys as well, saving me time having to walk the floor multiple times.

I carry a Fluke Aircheck with me for spot checking, and also utilising its handy features of find an AP or wireless device.

2 thoughts on “My Site Survey Kit”

About wireless and some other stuff